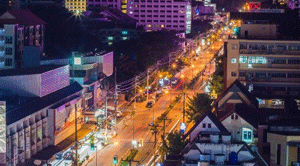 FREMONT, CA: A smart city is a concept that has been paraded around by innovators for over a decade. In recent years, a paradigm shift is identified in the utilization of sustainable resources and technological advances in the field of IoT. AI has provided shape for the development of the city.

The goal was to make day-to-day objects smarter with the Internet of Things and enhance connectivity with AI, bridging barriers between the digital and physical worlds. This method of smart connectivity can be applied almost anywhere, including manufacturing, administration, supply chain management, and even transportation.

The energy industry has also been tracking the technology to leverage it for the provision of improved infrastructure, quality, and storage. Each industry has begun to draw roadmaps of technological applications of IoT and AI, for employing it into the process.

Smart Energy plays a pivotal role in the development of smart city technology projects; it delivers enhanced efficiency and reliability on power. The integration of smart energy projects worldwide will result in a smart network, a fusion of traditional systems and sustainable practices. It is a renewable resource which does not strain the low carbon economy.

The highly successful smart grids utilized today are the product of comprehensive IoT networks, which comprise millions of connected meters that mutually share real-time data about pre-set parameters. Smart meters have been standardized, and deployments are increasing, and the utilization of renewable energy sources is on the rise. Communities are coming together to employ solar and wind installations, create awareness about electric cars, and the next generation of batteries provide a renewed way of energy storage.

Smart cars are at the epicenter of smart technologies, which build cities with emission-free autonomous vehicles. These smart autonomous vehicles can identify congestion and reroute, or locate nearby public transport when needed.

The reality of smart, autonomous vehicles has already taken form, with permanently connected and driver-less cars, which successfully redefining car manufacturing, driving, and ownership. The digitalization of driving, through a network of computers and sensors, has been given shape and is put to use.

As for connectivity at the core of day-to-day life, massive amounts of innovations are being carried out, and each time the technologies keep getting ergonomic and efficient whether utilized at home or workplace.