Strategies to Save Government from Computer Malware
×

Strategies to Save Government from Computer Malware 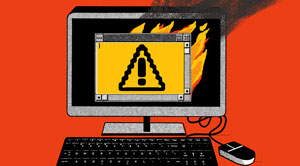 Hackers have become extensively skilled at running malevolent codes without getting detected. The nonprofit as well as the government sites have to take special care of their website by implementing proper security software and updating at a regular interval to avoid any case of malware or other cyber attacks.

FREMONT, CA: There is not a single website that is immune from cyberattacks, and when a hacker wants to attack a site to send a message, the government and non-profit websites come at the top of the list. In the last few years, many government websites were hit with massive DDoS attacks, and due to this, the sites went offline and also blocked its email. Many non-profit organizations were hit with a ransomware attack in recent years, and their website had to remain offline for many days.

While running a government-related business or working in a non-profit sector, it is essential to guard the website against computer malware, and this is an issue that must be taken seriously.

The Dangers of Computer Malware

The unfortunate reality is, most of the website owners do not consider the security of their sites until it is too late. The owners do not realize that it is easier to protect their sites against an attack than to clean up the aftermath, especially if they are dealing with the damaging ones as the malware.

Malware is also commonly known as malicious software because its sole purpose is to destroy data, organization, device, or even a group of people. Some type of computer malware is more destructive than the others, and the impact can range from locking down the computer, stealing data to corrupting, or even obtaining data of the people active in government organization.

The people who are running a government or a non-profit site have access to a large number of sensitive personal information, whether it is the information of a donor or the people active in the organization. If the website does not have a proper system or a website backup, then the owners have to start from scratch to revive the lost information and also alert the users about attacks and information that has been compromised.

Malware has every potential to put an entire website and organization at risk, and removing it can prove to be extremely difficult, depending upon the severity of the attack.

If the user of a website is running it without any security protection, then there are high chances that it has already been infected. However, here is some information that can help a user detect an infection.

1. There Will be Google Malware Warning

Google does an excellent job of alerting owners of the website that it has been compromised. When a visitor lands on a website, they can see a warning sign appearing before they are allowed to open it. These signs mean that there is danger ahead, and the chances are high that they may never return to the main page after seeing the warning.

2. The Host May Remove The Site

3. The User Will Receive a Security Scanner Alert

The users should know as soon as their site has been infected. When the users have website security monitoring software in place, they will receive an immediate alert when malware is detected. Moreover, owners of the website can also remove it and take proper action to restore the site's security.

Protecting the Government or Non-profit site from Malware

The best way in which the government or non-profit site can be protected is by installing protection measures from the beginning. Here are some of the processes which can be used to not only protect, but also recover data.

The first step is to invest in proper website security tools. The security software will scan the site at regular intervals for security issues, increasing the existing security of the site, and also monitor the site for Google blacklist.

When a site gets infected with malware, it is very common that the users will want to have an older version of it from where they can restore the information. But if the website owners have a backup, then their tasks will become much more comfortable as they can remove the malware without restoring the site.

If the website has been hacked or infected with computer malware, obviously, the users will want to remedy that right away because the damage will be more if it remains infected for an extended period.

The user must invest in good malware removal software so that when they recognize the red flags. They can use the tool to clean the site, secure the monitor, and improve its performance.