How Well Does the Government Carry Out Threat Information Sharing?
×

How Well Does the Government Carry Out Threat Information Sharing? 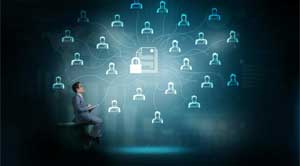 Fremont, CA: “Information sharing is of paramount importance”—a cliché agreed by the civilian government, the Department of Defense and the intelligence community. There is not any precise evaluation of how well they are executing it. A new joint report titled “Unclassified Joint Report on the Implementation of the Cybersecurity Information Sharing Act of 2015” shows that information sharing among the intelligence community and the rest of the government has made progress.  The report was collected from inspectors general across the government and released in December 2019.

Information sharing has shown improvement in part throughout the government owing to the security capability. It was introduced by the Office of the Director of National Intelligence’s Intelligence Community Security Coordination Center (IC SCC). It allowed the ODNI to increase cybersecurity information up to the top-secret level. Their security capability shares both indicators of compromise and malware signatures and is called the Intelligence Community Analysis and Signature Tool (ICOAST). It is clear from the report that users across the civilian government, IC, and DoD can utilize the information from the platform.

Information sharing within the IC also shows improvement with the creation of several websites within its top-secret networks. It contains threat indicators and several different types of summary reports on cybersecurity and vulnerabilities. Also, technology is molding the future of information sharing in the government. The penetration of cloud computing at various classification levels throughout the government further empowers the IC SCC in their planning and development stages to expand the ICOAST threat intel capability to work in secret and unclassified clouds.

Also, at the secret and unclassified levels, the ICOAST instances will interface with multiple DoD components and other federal entities that possess the responsibility for distributing cyber threat information to federal, state and local entities and the private sector. IC SCC official has announced they wanted to deploy ICOAST in the environments mentioned above by the end of the calendar year 2019.

The IC SCC is also collaborating with the Department of Homeland Security’s cybersecurity arm, the Cybersecurity and Infrastructure Security Agency, to enhance information within CISA’s threat intelligence platform, Automated Indicator Sharing (AIS), for integration with ICOAST.