Advanced technology changing the life safety and security spectrum for 2021

Curtis Massey, President and Founder, Massey Emergency Management
Just in the past year alone, existing or emerging threats have impacted our society and economy unlike any other year in our country’s history. An epic year involving a pandemic, civil unrest, rioting, recession, massive unemployment, shuttered businesses, record-setting severe weather and wildfires. A year like no other indeed. Addressing security, asset and occupant protection is a major focus for government and private real estate owners and corporations alike. It is a topic that cannot be ignored.

For many years, the dependence on written and bound hard copy procedures, plans and programs encompassing all things security & life safety was the norm. They were effective to a degree and worked on countless incidents. Then along came computers...then mobile devices...then mobile apps and the landscape changed dramatically. Now written plans for emergency preparedness, response and recovery, as well as vital building schematics were no longer static and confined to 1 or 2 people or designated locations, such as the fire control room, lobby security console, engineering office and management office. Now this critical information can simply be pulled off your hip and accessed in seconds, wherever you are, even whether you’re on or off “the grid”.

In emergencies, gathering intelligence and disseminating to fellow team members in the initial stages of an unfolding crisis is essential to curtailing your losses and paving the way to a successful outcome to the event. Technology is the driver and gravitating towards these resources and away from paper planning is a natural evolution in today’s world.

Geo-locating and tracking of essential personnel, including first responders is quickly evolving. More advanced communications systems abound, from targeted vital personnel (management, engineering, security, fire wardens) to mass notification to thousands of occupants in seconds is quickly surpassing age-old reliance on PA systems or land-line based telephone calls to alert recipients of a crisis and what actions to take. Especially being able to simultaneously dispatch both text and email messages to everyone with a touch/send action was sorely needed and now it exists.

Digitized schematics displaying floor plans, riser diagrams, site plans are eliminating the call to the engineering dept to rush to the blue-print room and dig through stacks of blue-lines to locate a vital drawing during an intense incident.
The clock is ticking and seconds count. Lives and property are at stake. In a fire alone for example, it doubles in size every minute it’s unchecked by man or sprinkler. Or a delay in locating a sprinkler control valve after a fire is extinguished can add to already incurred losses tremendously. A simple trash can fire can easily exceed tens of thousand of dollars in damage from water alone once the sprinkler head has done it’s job. It is clear that responding to the event and managing the aftermath quickly and efficiently is why embracing mobile-based resources, including digitizing building infrastructure information is what delivers positive results.

The newly created ability to now rapidly draw-up the emergency from either a blank template or over top of an existing PDF is making a huge impact on scene management. Until recently, the norm was reliance on phones, radios and “runners” to transmit or depict what was happening and what needed to be done to control it. PDF annotation capability is a game-changer. Quickly drawing up the scene or strategy, then instantly sharing with others - be it building operations personnel or first responders - via a mobile device is a major improvement. The number of times I was on a scene as an officer, trying to advise the command post what I was seeing or planning to do was frequent and dysfunctional due to poor coverage, static, or others stepping over my transmission/speaking at the same time. Firm, clear communications, especially if it can be augmented with displayed strategy/tactics is far more effective than verbal messages only. Plus other scene members don’t have to write down or remember what the action plan is, or where the given shut-off valve is for gas, water, steam, electric, diesel feeds that must be quickly isolated to establish scene safety and minimize damage.

I believe within our lifetime we will see “virtual command boards”, where a PD/FD command post or building staff command post can be displayed anywhere in seconds and right out of Tom Cruise’ Minority Report movie, where the incident commander dons a glove and brings up a virtual command board, complete with fingertip access to schematics, shut-off locations, response protocols, contact numbers/info and emergency messaging capability in mere seconds with no reliance on paper, mobile phone or tablet device.

In the interim, we here at Massey Emergency Management are continually adapting to our changing world and creating innovative solutions that meets new demand. Our brand-new products going into 2021 include our Virtual Evacuation Drill and Tenant Training Portal programs, as well as our cutting-edge 3.0 mobile app launch now available on Microsoft, Google and Apple platforms. The app is already protecting many of the highest profile and tallest buildings in the US and has been adopted by major city fire and police departments coast to coast. We have been the industry leader in life safety for 35 years.

Heading into 2021 and all it’s uncertainty, we must continue to strive to improve response strategies and advanced mobile technology is the foundation to build solutions upon. Innovation rules the day. 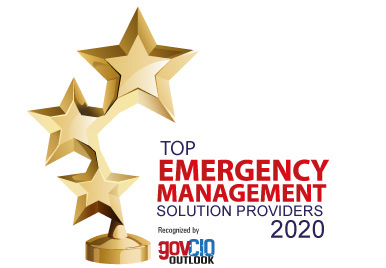 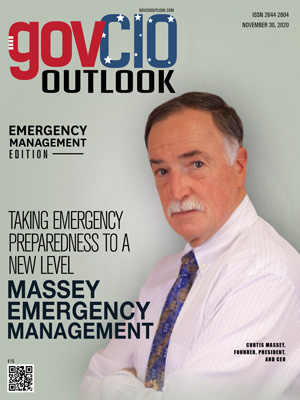