William Pigeon, cofounder and CTO
Traditionally, incident management and emergency response teams have been heavily reliant on paper-based recording and monitoring systems. However, as the world continues to face severe disasters and incidents that require more agile incident management, technology can become a vital asset to help first responders gain the advantage in such dire circumstances. Unfortunately, although many software vendors have come forward with various tools, none of them addresses all the pressing issues associated with incident management. For instance, failing to provide real-time information about the incident or lack of collaboration between first responders can result in significant losses. This is what prompted fire department veterans Andy Bozzo and William Pigeon to develop an effective digital solution in the form of Tablet Command.
Initially designed as a standalone application for incident management, Tablet Command was later scaled to become a mobile-based incident management and tactical command solution, allowing responders to manage an incident without using whiteboards or tactical worksheets.

Fully equipped and painstakingly developed by pros who know the realities of incident management inside and out, Tablet Command comes with a simple user interface and presents real-time data about the incident location, resource availability, and apparatus staffing. The application is equipped with additional tools such as maps, records, and timestamps, enabling responders to better account for their resources.As Tablet Command is integrated with 911 systems and computer-aided dispatch systems, the application provides notification and routing updates to the users in the field from 911 centers. The integration also allows them to provide the location of fire engines and other dispatch vehicles, using the data from various sources. This allows the first responders to view the vehicle's location and know the availability of resources on a map. Additionally, the application enables emergency response departments to customize maps utilizing an online RTS feature.

More importantly, the application runs even without internet connectivity, enabling responders to communicate in areas with no network access.

The application allows the incident manager to access detailed maps of a specific location created through the Tablet Command UI. When an incident manager starts operation, Tablet Command brings all the tools to a single screen, and the UI allows the manager to drag and drop the available units to various incidents. The incident commander's device is synchronized with the mobile devices of the users in the agency, improving communication, situational awareness, and operational efficiency. To improve accountability, the application also records every single action that the incident manager performs. More importantly, Tablet Command users receive notifications on all incidents occurring under their jurisdiction. This helps reduce the department's response time significantly as the crews can reach the site faster. "Tablet command makes emergency response management more efficient," mentions William Pigeon, cofounder and CTO of Tablet Command.

As the founders of Tablet Command come with extensive experience working with the fire and safety department, they understand what responders need at their disposal to perform a successful rescue operation. As such, the company thinks that one of its recently launched features, AVL (Automatic Vehicle Location), will significantly improve situational awareness. In addition, they are partnering with another firm to enhance the map tool and help users collaborate with each other while working in the field. They recently came up with a new feature that allows users to access maps even without the internet.

Moving ahead, Tablet Command plans to launch the Android version of the application shortly.

Alongside, they are working on a web version of the application. They always take quality feedback from users to understand their challenges better. This allows them to enhance the platform by adding new features and functionalities. With new updates and enhancements, Tablet Command aspires to outperform its competitors in the market and enhance the efficacy of their technology in the field to save lives. 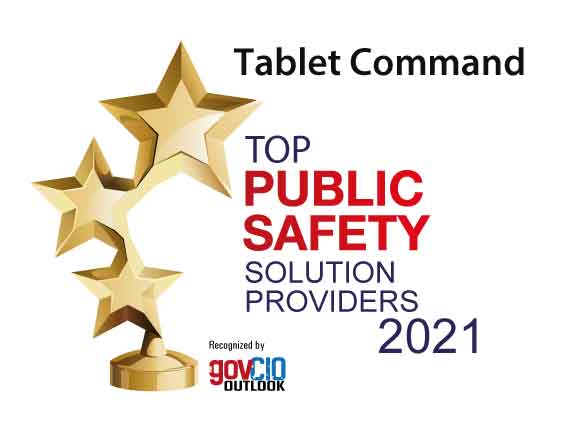 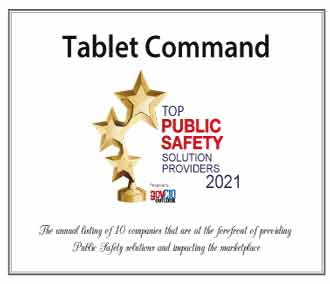 Description
Tablet Command comes with a simple user interface and presents real-time data about the incident location, resource availability, and apparatus staffing. The application is equipped with additional tools such as maps, records, and timestamps, which enables responders to better account for their resources. As Tablet Command is integrated with 911 systems and computer-aided dispatch systems, the application provides notification and routing updates to the users in the field from 911 centers